Hoburne St Mabyn is a new luxury lodge development without the usual holiday park facilities, designed for those who want to get away from it all. Due to availability requirements please use the methods below to book your holiday. 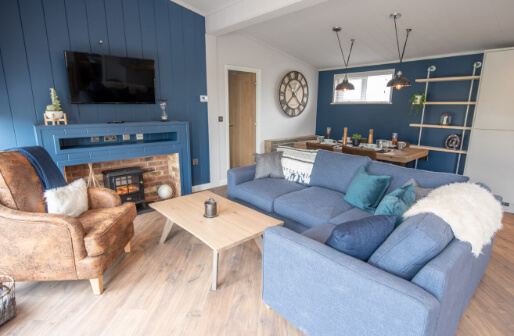 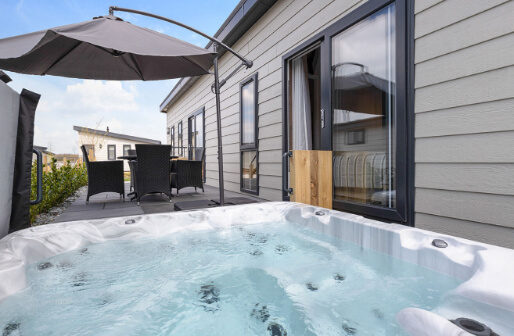 We know that you probably have questions about your Hoburne holiday so we have compiled a list of the most popular questions that we get asked. If you have any questions that are not covered here then please feel free to contact us.

Quick Links to our Parks

The particulars were read out in the London Auction Room and bidding began. One man more than anyone else in the room wanted ‘Hubborn Farm’.

John Burry, a man in his late 40s, had been the tenant farmer there for 14 years. With the passing of owner Admiral Sir Ashton Gore Curzon Howe (whose elder sister was the great-great-grandmother of Diana, Princess of Wales) came his chance to become a landowner. He took it – and the Hoburne Holiday Parks story was born.

Not just for John Burry, but for the world. Robert F Scotts’ team lost their lives in the Antarctic and the Titanic struck an iceberg and sank.

The growing popularity of caravanning at home, on the other hand, went largely unnoticed. Yet more and more people were being swept up by this new pastime, attracted by the freedom of a ‘house on wheels’ with all the home comforts.

The First World War put a temporary halt to such carefree pursuits. But when the war ended, commercial caravan production and a glut of army surplus trailers ushered in another surge in popularity among people of all backgrounds.

Now all they needed was somewhere to pitch their caravan. And where better than the flat, green fields of Hubborn Farm, where the seaside was on the doorstep and families had all the space they needed?

Embracing his new life as a landowner, John Burry added to his property empire in 1920, snapping up nearby Naish Farm when plans by a Dutch purchaser to build an aerodrome and wireless station on the site fell through.

Like Hubborn Farm, Naish was a perfect spot for caravanners. Soon it was attracting them in their droves, along with requests to put up temporary bungalows on the site – the beginnings of the holiday park we see today.

As we entered the 1930s, Britain was introduced to the idea of the organised holiday camp and embraced it with enthusiasm. Billy Butlin opened his first site in Skegness in 1936, complete with a theatre, gymnasium, a lake and tennis courts.

Hubborn and Naish were growing in popularity too, with holidaymakers flocking to pitch their caravans there and a variety of makeshift holiday homes made from old buses and railway carriages sprouting up around the edges of the field.

“I first came to Naish when I was three or four years old in the early 1930s. I grew up there really. A chip van used to come around… it had a bell on it and when it rang, people came flooding across the field. They were the best chips I ever tasted.”

But those carefree times weren’t to last. As the shadows of war started to grow across Europe once again, Naish and other holiday parks like it were given over to the military or used as emergency accommodation for families bombed out of their own homes by the blitz.

As Britain slowly recovered from the ravages of the Second World War, a leisure-starved public flocked to seaside holiday parks once again. Butlins had a rival in the shape of Pontins, with even bigger, better plans. And at Hoburne (as it was now known) and Naish Farm, change was also in the air.

Farming fields at Hoburne had been turned over permanently to touring caravans of all shapes and sizes. There was now an office and a shop onsite, baths and proper plumbing and drainage.

At Naish, hinting at the shape of things to come, a small number of chalets went on sale, looking remarkably like the caravans and lodges of today.

Then in 1959, determined to build on his father’s legacy, Alec Burry spotted an auction notice for Bashley Lodge and 115 acres of grounds in the New Forest. After a closely fought bidding war, and as Elvis Presley and the sounds of Rock n’ Roll gripped the nation, Bashley became the third park in the Hoburne estate.

1960s. The Golden Age of caravanning.

Affordable cars and a booming economy spelt a golden era for caravan touring in the 1960s. In 1965 alone, nearly 5 million touring holidays were taken in the UK.

New caravan designs were introducing new levels of comfort and throughout the decade, the Burry family made improvements to their three holiday parks to meet the rising expectations of holidaymakers.

A new heated pool and clubhouse extension at Bashley. An outdoor pool, play area, a social club and tennis courts for Naish. At the same time, a growing number of fixed pitch caravans were being made available to rent and buy on all three Hoburne sites.

1970s and beyond. Challenging times ahead.

With the rise in cheap package deals abroad, the 1970s was a difficult decade for the UK holiday industry. But by giving families exactly what they wanted and constantly investing in their parks, Hoburne Holidays bucked the trend and continued to grow.

Neither did the 1980s show any sign of a slowdown, as Blue Anchor in 1985 and Doublebois in 1987 joined the Hoburne family. The company finished the decade with 5 Rose Awards for the quality of its parks from the National Tourist Board. The highest ever awarded to one group.

Into a new century.

In 2002, the running of Hoburne Holidays was passed on to the fourth generation of the Burry family.

With the new team came a new look for the Hoburne brand and a new approach to meet the challenges of the 21st century. Interior designers were brought in to oversee a ten year upgrade to park facilities and clubhouses, bringing them in line with the expectations of a new generation of holidaymakers.

It was a decade of investment that saw improvements at every one of the parks, culminating in a new children’s indoor pool, refurbished outdoor pool and new fitness room, sauna and steam room at Hoburne Naish in 2009. A far cry from the basic facilities of 80 years before!

In 2019, caravan and lodge holidays were as popular as they’ve ever been. In fact, probably more so. In these uncertain times, there’s a renewed interest in ‘staycation’ family holidays, and the caravan holiday park business is booming because of it.

In such a climate, the first class locations, accommodation, facilities and welcome make Hoburne among the most popular, with more and more regular visitors coming back year after year to relive their perfect family holiday with us.

2019 also saw the launch of a new venture for Hoburne in the shape of Hoburne St Mabyn, a small collection of purpose-built luxury lodges in the peace and tranquility of north Cornwall and a true ‘back to nature’ base for enjoying the unspoilt beauty of the surrounding countryside.

In 2020, after more than 18 years at the helm of the Hoburne Group, Rosie Kennar, Hoburne’s fourth-generation chairman, announced that she would be stepping down and that her son, John Butters, will take the business into its next chapter.

Hoburne has always been a part of John’s life, from family holidays to appearing as a model in promotional photography and holiday jobs, including working on the grounds at Hoburne's Crane Valley Golf Club.

Don't miss out on our Special Offers, News and Events by email. Complete your details below:

If you change your mind you can opt out of receiving emails from us at any time.
Please read our privacy policy which describes how we will use your personal data.
Close

Click the button below to refresh the prices in order to book.

You currently have no favourites

Apologies, this accommodation type is unavailable on this date.

Please check alternative accommodation types above or below, or scroll for alternative dates.